“I’ve been given my life back:” Kristen Odom’s Story 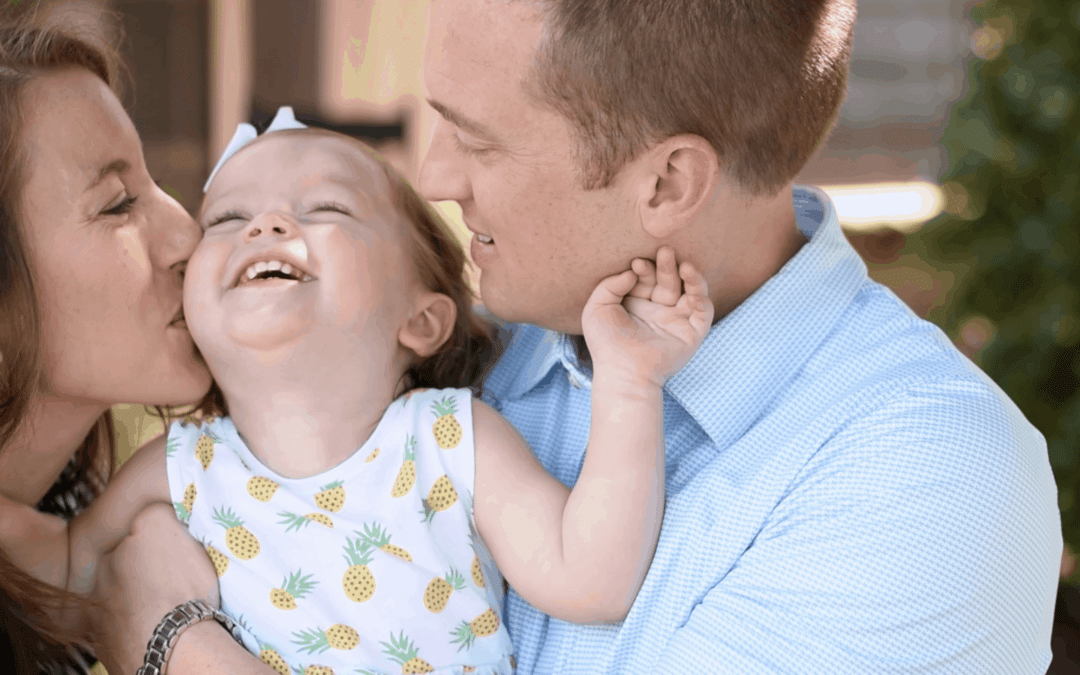 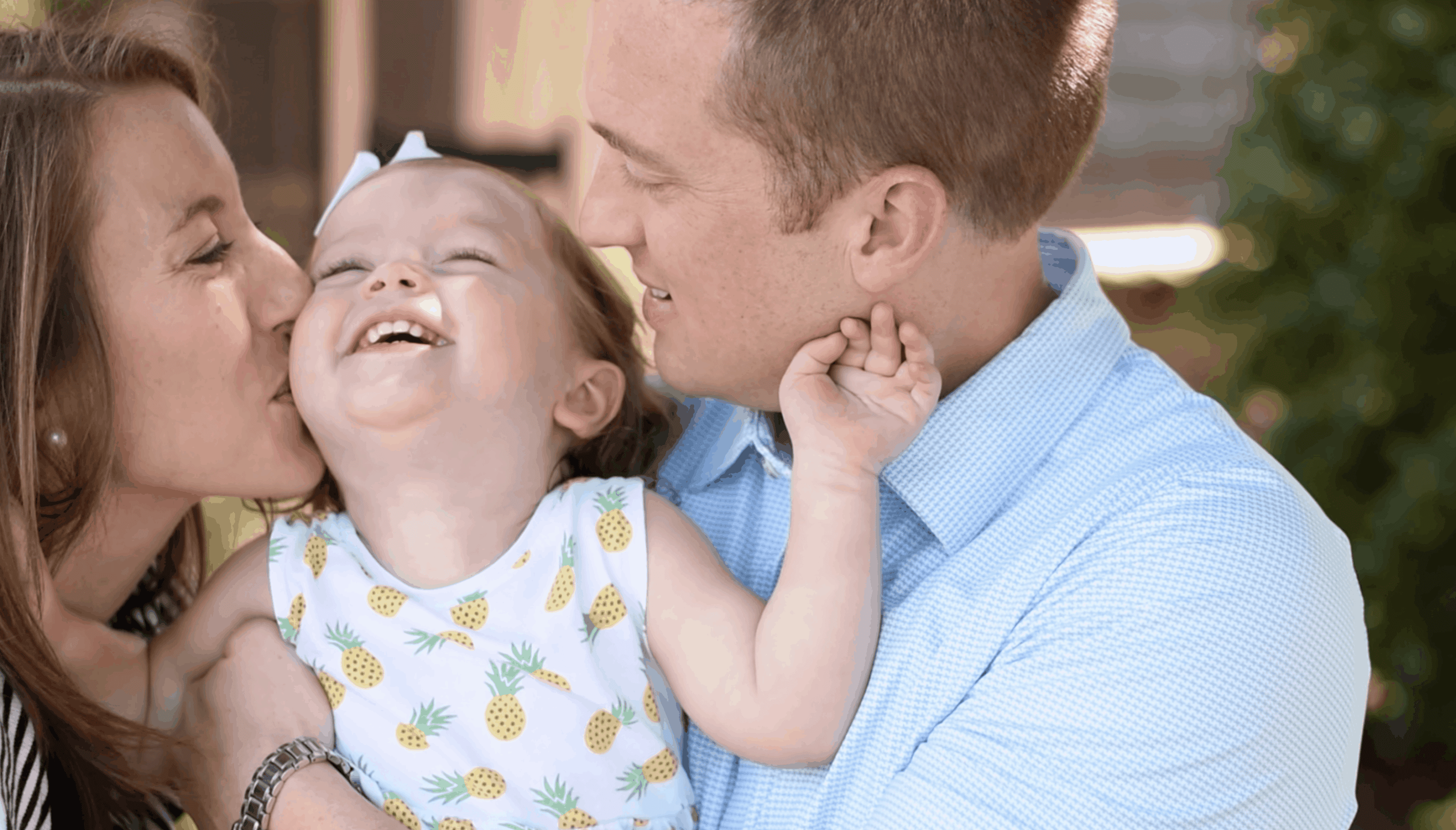 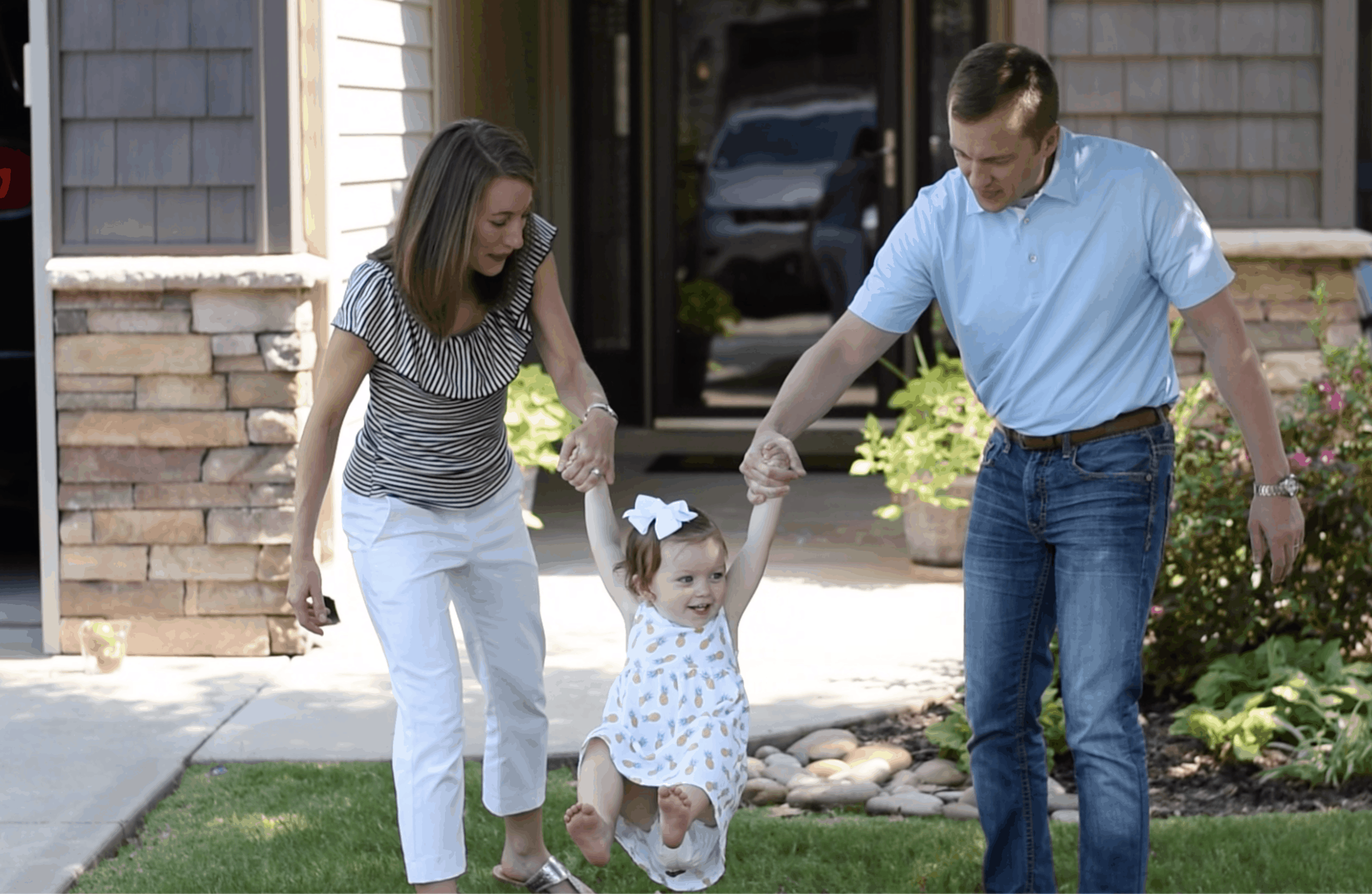 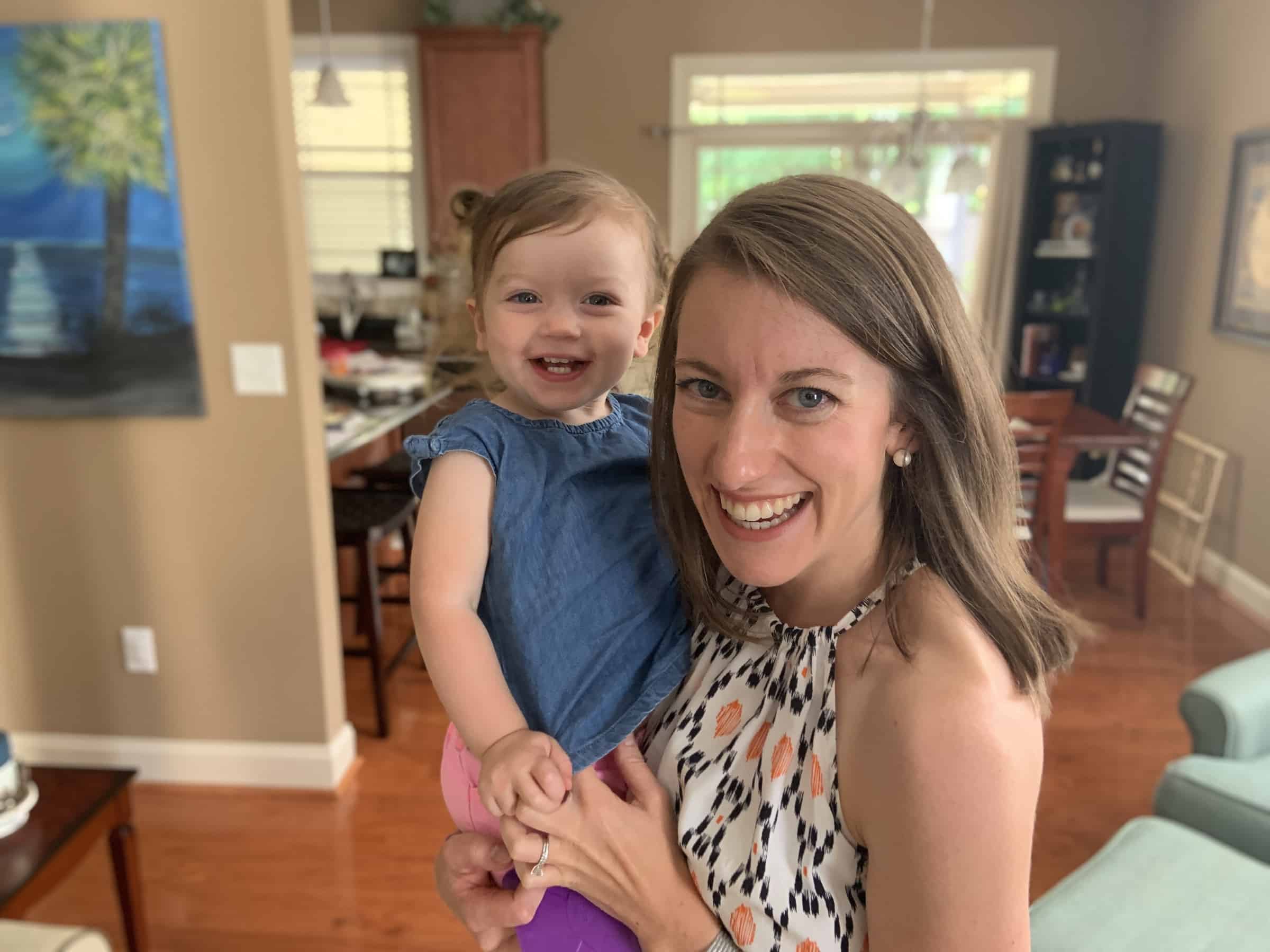 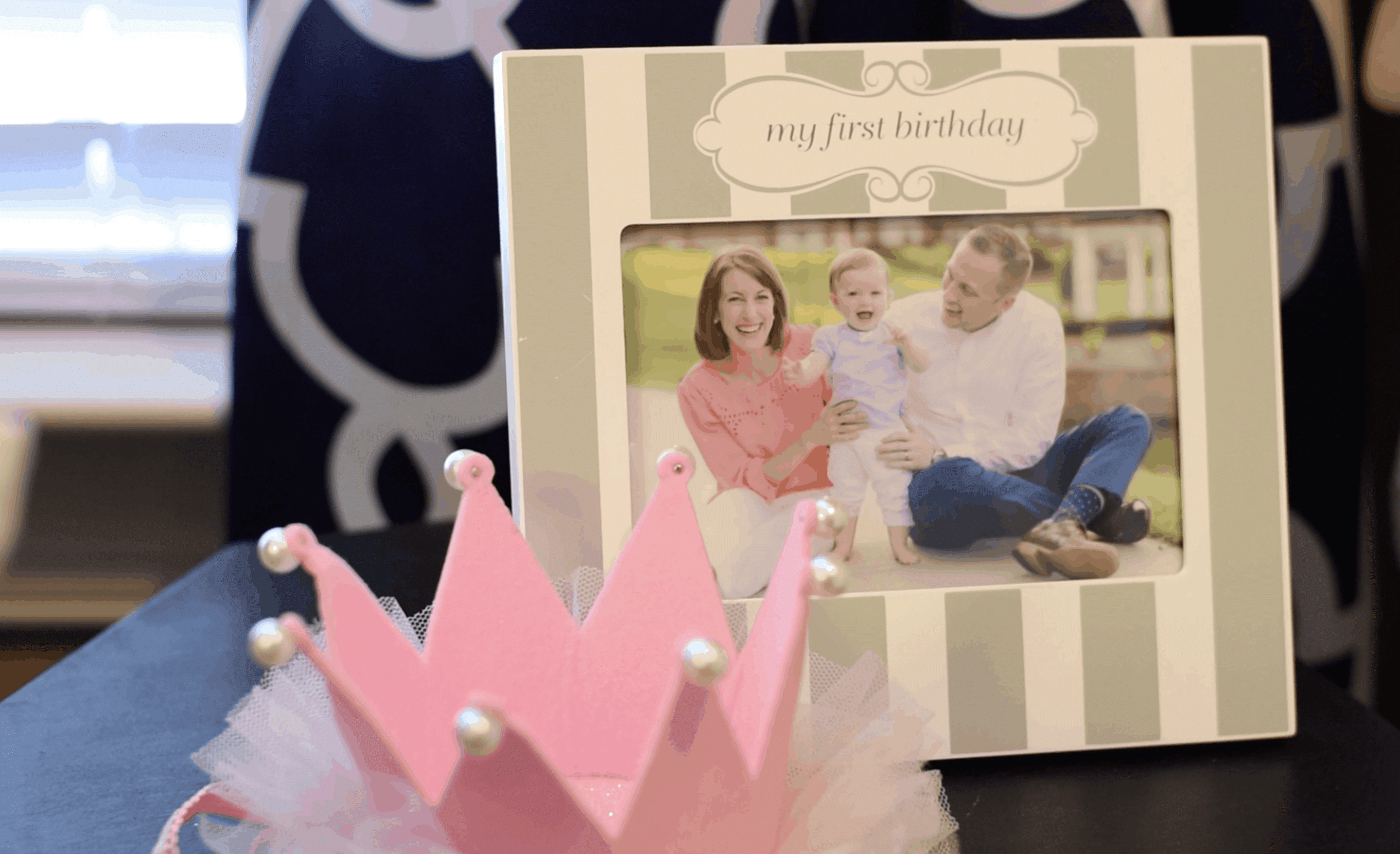 Because 25 Blood Donors Gave Her Life

You can tell from her smile that Kristen Odom is full of joy. Just talk to her for 30 seconds, and you’ll find that joy stems from her overwhelming gratitude. She’s happily married with an adorable 2-year-old, Caroline, and loves her job teaching at a local school. Sure, that’s a lot to be thankful for…no wonder she’s so happy!

But talk to her a little bit longer, and it’s clear there’s a reason for that abundant thankfulness. Almost 2 years ago, Odom had complications after her daughter’s delivery. Odom was only able to hold her beautiful newborn baby for several minutes, before she started feeling dizzy. Seconds later, she was whisked away to an operating room with no explanation.

“Everything was super easy, non dramatic, up until it was not.”

Turns out, Odom had been bleeding internally for a while. She had lost a lot of blood. After racing her to the operating room, doctors at Mercy/Bon Secours St. Francis Eastside Hospital immediately started blood transfusions to save her life. All in all, she received more than 25 units of red cells, platelets, and plasma. Those products came from donors with The Blood Connection, the primary blood supplier for the St. Francis-Bon Secours hospital system.

Odom’s husband and brand new dad waited for hours for a head nod from doctors that she was ok. Finally, four hours later…some good news. Doctors had found the source of the bleed and were able to completely replenish Odom’s body with blood products. Once the shock of everything wore off, both Odom and her husband realized that local blood donors had saved her life.

“I would not be here today if that [blood products] wasn’t there…I know that it was because about 25 people donated blood, it saved my life,” said Odom. “I needed so much of it…it was there because there was enough…I’ve been given my life back.”

So yes, Odom and her husband, Brent, are the stop-and-smell-the-roses kind of couple. They understand true gratitude because it lives and breathes in the form of their daughter.

“I often think about it in the little things like we celebrate her birthday, it’s a pretty day outside, or we’re at the beach…this day I get to enjoy because somebody donated blood. I had this overwhelming sense of gratitude…it just still shocks me to this day…here we are, living a completely normal life…because blood was available and they did what they needed to do right away.”

Watching Caroline grow up (too fast) reminds Brent Odom of the moment he thought he might have to raise her alone.

“I remember sitting in the NICU with Caroline that evening…and just remember praying, Lord, I can’t do this alone, so I’m just so thankful that she’s [his wife] here today, because of donors.”

As an O-Negative donor, Brent is now committed to donating blood every time he’s eligible, every 56 days. It’s his way of paying it forward.

Now the Odoms are using their story of survival to spread the message about blood donation. They’re reminded of it when they’re chasing little Caroline around in their quaint Taylors, SC neighborhood or singing Caroline’s favorite song, “The Wheels on the Bus Go Round and Round,” over and over again. That contagious song may never get out of their heads, and neither will their appreciation for every local blood donor.

Blood donors have the chance to do what others did for the Odoms, every day. Step on a donation bus or into a TBC center and that opportunity awaits.

TBC is here to answer any questions about donating blood. Click here to find a list of center locations and here for a list of upcoming blood drives in the Upstate. To those who already donate, thank you for spreading the love throughout your community! We hope you enjoy a peek into the life of the Odom family below.