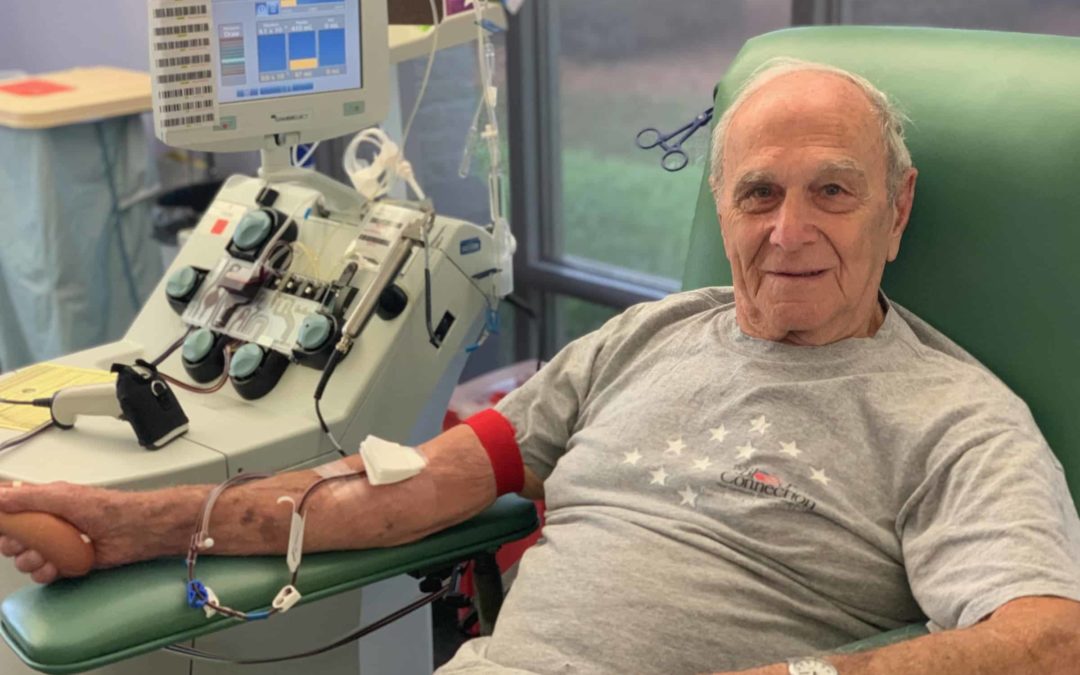 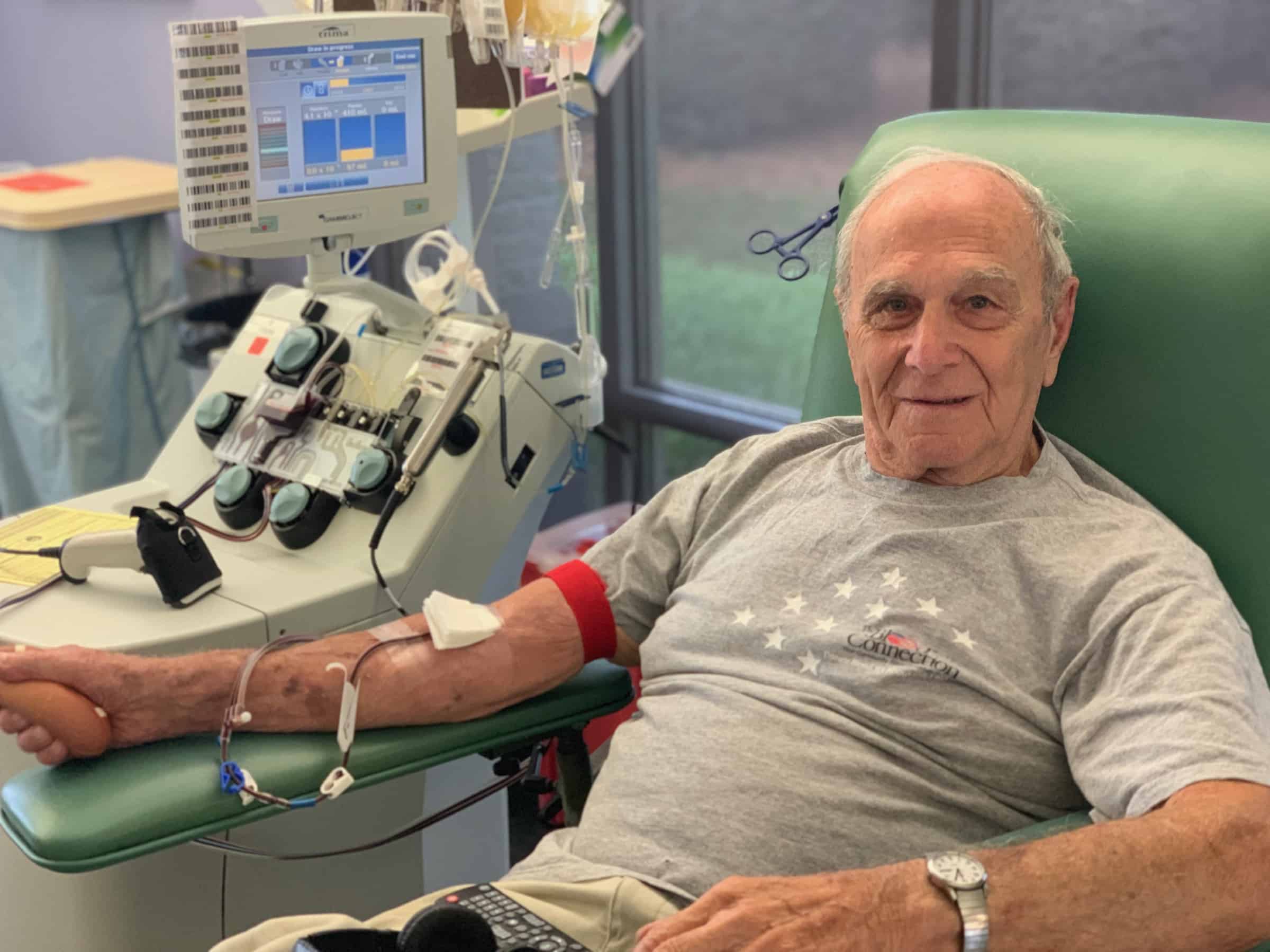 A Lifetime of Service

86-year-old Harvey Spencer has spent his entire life serving his community. His service started when he joined the Navy in the 1950s for the Korean War. During a tumultuous time in U.S. history, Spencer stepped up. And he’s continued to do so. Now retired from the Navy, he’s donated blood more than 400 times, saving lives in a different way.
Among the many things that Spencer learned after joining the Navy is the importance of donating blood. Because of the war, there was an urgent need for blood. When asked to give, he did. After traveling the world with the Navy for many years, he retired about 20 years ago, when he began donating blood locally.
Noticing that he was a frequent donor, a long-time TBC employee asked Spencer to donate platelets. In true Spencer fashion, he said yes, wanting to do anything to help. A local girl in need of platelets also motivated him to learn more about platelet donation.
The rest…is history. Spencer now donates platelets twice a month at the Seneca Donation Center. He says he loves the fellowship and the staff who take good care of him; a true compliment from someone who knows the deep impact of true camaraderie.
The vivid images of his fellow military members at war remind Spencer of the importance of donating. He has this simple, Nike-esque quote for anyone who hasn’t donated before.

To Spencer, it’s that easy. You too could be a loyal donor like Spencer. Whatever your reason, local hospital patients need your donation. TBC is thankful that Spencer chose TBC to be the place where he continues his community service. With more than 400 donations, he’s saved hundreds of lives. Thank you Harvey Spencer, a hero inside and out!