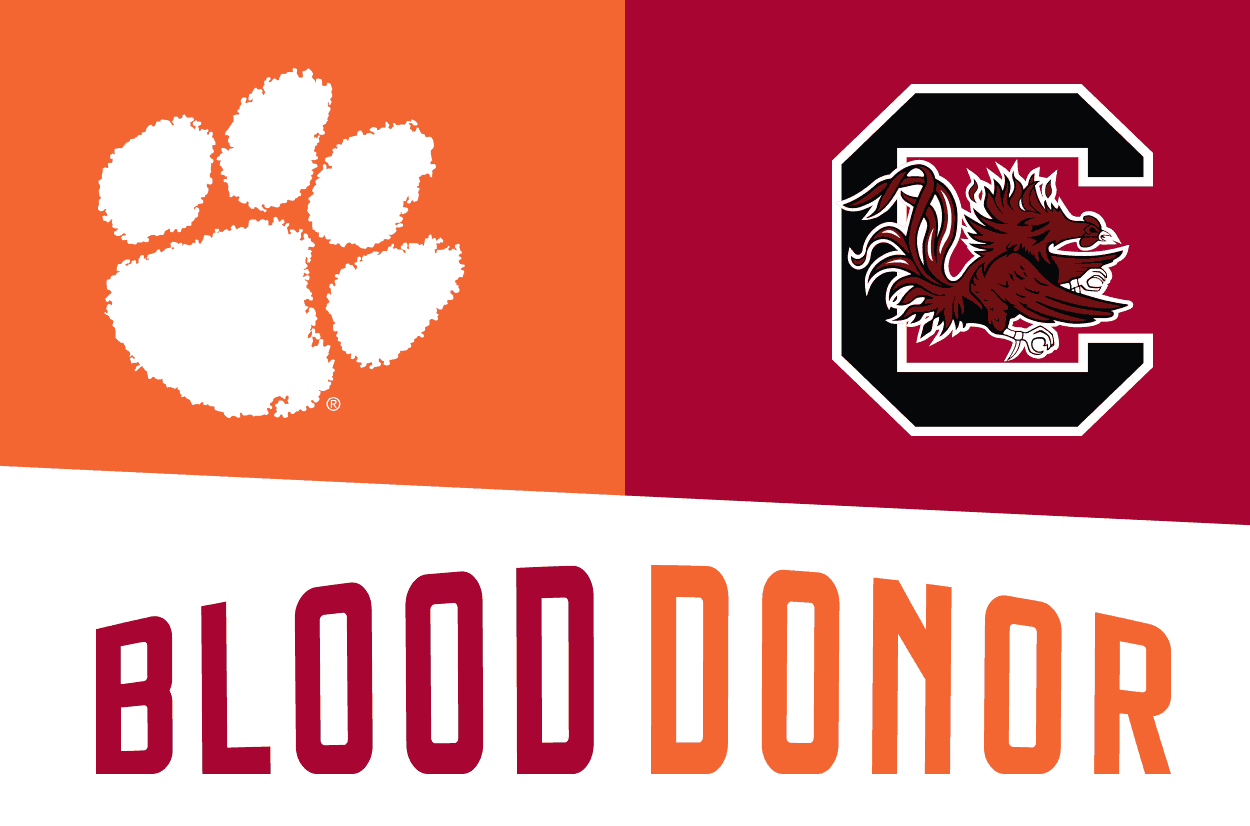 CLEMSON, S.C. – For the 17th time, Clemson University has won the annual Blood Bowl, one of the largest collegiate blood drives in the nation with the help of community blood center, The Blood Connection (TBC). Ahead of the rivalry football game for the past 35 years, Clemson University and The University of South Carolina (USC) have battled it out to see which school can bring in the most blood donors. This year, Clemson collected 2,441 units in total, while USC collected 2,108, meaning Clemson won by slightly more than 300 units for the second year in a row.

TBC provided seven locations for blood donors to give all over campus from November 18-22. Those blood drives combined saw around 300 donors per day, for a grand total of more than 1,600 donors throughout the week. Because TBC is the exclusive blood supplier for every Upstate South Carolina hospital, those donations have helped up to 4,800 patients in local hospitals, including AnMed Health, Clemson’s area hospital. Donors on campus supplied around 40 percent of the blood supply for TBC during that week, which also ensured enough life-saving blood products for local hospital patients through the Thanksgiving holiday.

Blood Bowl represents a more than 25-year long partnership between TBC and students in Clemson’s Alpha Phi Omega (APO), a national service fraternity that is the university’s second oldest student organization. The organization chooses to host Blood Bowl the week before Thanksgiving because of the blood center’s need for donations at that time. TBC typically sees a dip in donations during holiday seasons and winter months. The collaboration between TBC and APO every year emphasizes the critical need for consistent community involvement to support the local blood supply. Because blood products have a short shelf life, TBC encourages the community to continue to donate in the next few months to maintain a steady blood supply for local hospital patients who count on those donations.

USC has won the annual Blood Bowl 18 times with Clemson now following close behind with 17 wins. USC has a larger student body, so the playing field is leveled by competing based on the total number of units collected when the football game is played in Columbia, and on percentage of students donating blood when the game is at Clemson.